My great great grandparents, Guiseppe Gagliardi and Maria Giuseppa Buccino had at least one child, Francesco Gagliardi, my great-grandfather, born 3 January 1874. in Napoli, the Chaia zone, now a stylish neighborhood of Napoli.

It is said they came from Grimaldi in Cosenza, southern Italy, the province of Calabria, where they cultivated lime orchards, they were neither peasants,nor wealthy. Grimaldi is about a four hour drive south of Napoli, and a forty-five minutes from the coast.

Francesco served in the Italian militia under King Humbert One, the Good, who was assassinated 1900. He was a watch-maker and learned his trade in France which means his family could afford to send him to school and/or he worked as an apprentice. He would have spoken Napulitano, likely Italian, and French. He could read and write and was considered to be an educated man. Later in America he learned to speak English.

Francesco, 25, left Italy from Bologne, at Pas De Calais, France, aboard the ship Spaarndam. He departed 12 October, 1899, arriving at Ellis Island on 24 October, 1899. We believe his wife, Maria Guiseppa Parise,(29 Jan1873 -1 June1919), my great grandmother, (her parents were Vincuso Parise and Maria Salvino), was aboard the ship with him although a record of her passage has not been found at this writing. Francesco boarded with the equivalent of ten dollars and entered Ellis Island with the same amount, a proud fact when many passengers were gambling away their money; he had brought his own supplies and made no purchases. Maria Guiseppa and Francesco were in good health and had sponsors waiting for them, her uncle Giovanni Parise.

Francesco is said to have left behind a son, Alessandro, with a former wife or girlfriend, the boy may have been born out of wedlock.

In the states Francesco (Frank) and Maria Guiseppa (Josephine) settled in Waterbury, Connecticut. Twin boys were born and died at birth and are buried in Waterbury, their names are unknown, After the death of the twins, Nora, possibly Honora, their daughter was born Tuesday, 25 July 1902, and baptized into the Catholic Church 22 February, 1903.

Francesco, as many new immigrants, was a member of the socialist party. He was politically active, and is rumored to have been a speaker and campaign manager for Eugene Debs, the labor union leader who ran against Woodrow Wilson in 1912, when Debs ran on the socialist ticket in opposition to the war.

Guiseppe Francesco Gagliardi, my grandfather, shared his father’s birthday, born on 3 January,1904. Giuseppe a.k.a. Joseph was born in Pennsylvania where the family had located to Belle Vernon. A year after Joseph was born,1905, Francesco died from injuries sustained in an accident involving a team of runaway horses, he was thirty-one.

Josephine, now a widow, was considered a very talented seamstress and supported her small family with her sewing. Three years later Nora accidentally ran over her fingers on her mothers sewing machine and developed blood poisoning, according to my grandfather's account, no known cure was available. She died 31 July, 1908, when she was only six years old. My grandfather, four at the time, could only remember her long black hair. She was buried in Belle Vernon, Pa.

Josephine moved to Monessen, Pennsylvania where her grocer brother-in-law, Mariano (Mike) Puleo lived with his wife, Marietta, her sister. The 1910 census shows Josephine and Joseph Jr. both lived in the same household as her sister Marietta. As a boy Grandpa sold newspapers,The Saturday Evening Post, Grit, and Daily Independent, to help pay for groceries. They lived together in one room.

When the 1920 census came out only Joseph was listed as living at this address, his mother Josephine had died 1 June, 1919, from a stomach ailment brought on after the death of her husband and daughter. Joseph was fifteen years old, Josephine would have been about forty-six; she was buried in Belle Vernon in the same cemetery as Francesco, athough not together.

After his mother’s death Joseph was sent to live with the very family who had helped his parents on their arrival from Italy, the Parise family. Unhappy, he only stayed for a short time, he felt none of his aunts or uncles really wanted him. They had talked about sending him to an orphanage. Naturally canny, he stole nineteen dollars, all the money his aunt had saved in a sugar bowl and took off for Pittsburgh at night though it was dark and scary. In Pittsburgh he got a job working at a fish market where he saw a sign advertising for help. With nowhere to call home, Joseph was taken in by the owners of the fish market for two years, “they were Jews”.

According to his story, my Grandpa worked there three years and was seen only once by a Monessen business man who asked if he were the dressmaker’s son. When he was eighteen he drove a truck for bootleggers in Pittsburgh at the Motor Express and Messenger Service. With the law after him he took a batch of money in a salt bag, leaving his truck on the side of the road and ran. 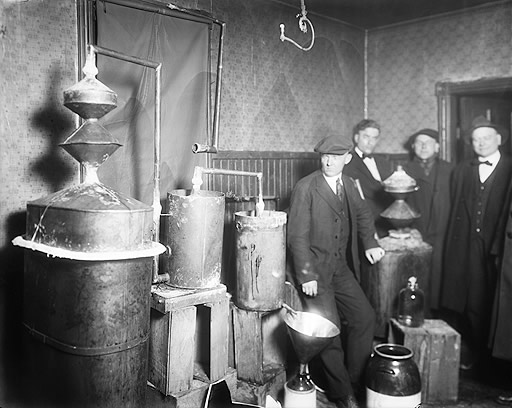 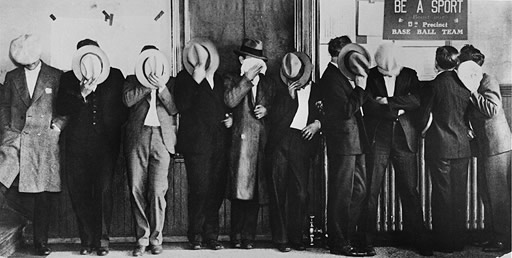 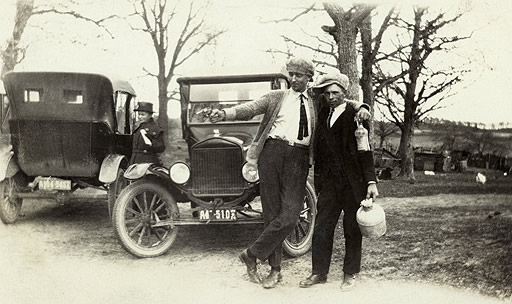 The story forks a bit here, one version finds him in Chicago where he was befriended by some, “Italians”, a syndicate pre-dating Al Capone, conversely, he became an informant for the Chicago police and then quickly left Chicago. Another version or maybe a timeline blip, he arrives late August in Cleveland, it’s cold on the lakefront, so he bought himself a sweater. Joseph stayed only a few days then headed to Lorain where he got a job driving a city bus.

A year later while a Saturday afternoon matinee was in session he met Lucia Antoinette DePalma, another child of immigrants. Grandma,Lucy, and Joseph were married 6 October, 1925. He was twenty-one, she nineteen.

1929, with the depression in full swing, Joseph made money any way he could.

After the Great Depression he worked art The National Tube Company and the Cleveland Steel Mills.

And that’s where I end this portion of the tale when my father and his siblings would have been born.

Applying for dual citizenship In Naples Italy- a story

From a King to a Jack